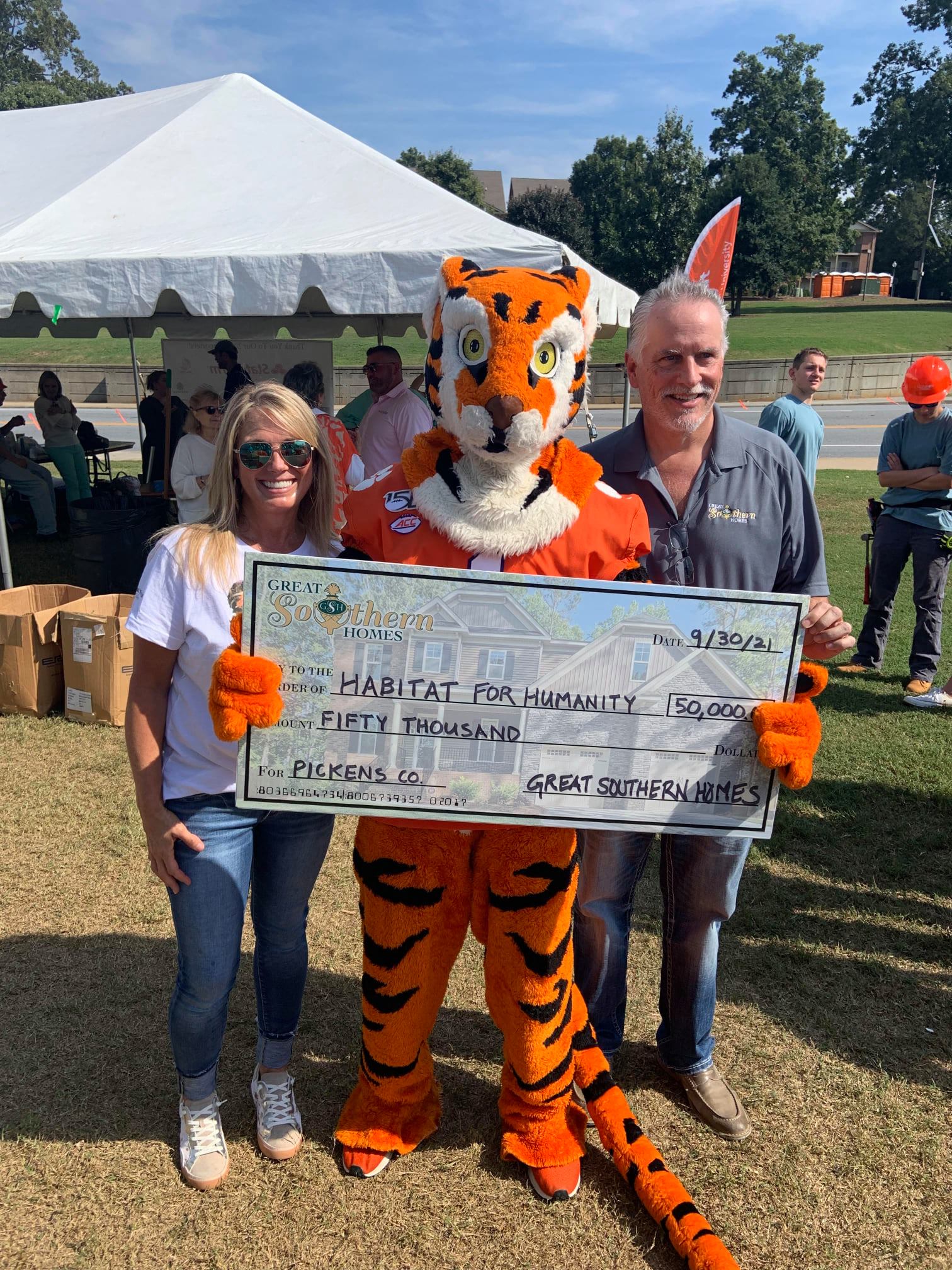 Michael and Robyn Nieri, owners of Great Southern Homes made a generous donation to Pickens County Habitat for Humanity on Bowman Field at Clemson University.

The gift is part of the Clemson University Homecoming activities and also part of a fundraising effort by Pickens County Habitat in their year long 40th anniversary celebration of their founding in 1981.

Michael and Robyn's generous donation caused another Habitat house to be built in Pickens County for a family embracing the American Dream of homeownership. Kudos to the Nieri family and Go Tigers!