“Generous,” “supportive,” and “selfless” are just a few of the recurring words that were used to describe the character of Great Southern Homes’ Michael Nieri. Founder, owner, and president of the Irmo, S.C.–based home building company, Nieri has always strived to provide well-built, affordably priced homes for first-time and move-up buyers, but he also believes in building up and giving back to his local community by sharing his success with several charities and groups in need.

For his dedication to the industry and charitable efforts, Nieri has been awarded a 2020 Hearthstone BUILDER Humanitarian Award. Since 1999, the award recognizes home builders who demonstrate a lifetime commitment to public service. Hearthstone has contributed more than $6 million to the winning builders’ charities, making it the largest philanthropic award program in the home building industry.

“Hearthstone is proud to recognize Michael Nieri of Great Southern Homes as our private home builder winner for his contributions and support to our industry’s future leaders by endowing a scholarship program to support students focused on a career in construction management,” says Mark Porath, CEO of Hearthstone. “We also recognize Michael’s dedication to helping sick and underprivileged children through his construction of state-of-the art dream camps such as Camp Cole.”

Nieri began his building journey at Clemson University in the Construction Science and Management Department in the College of Architecture, Arts, and Humanities. After graduating in 1986, Nieri spent 10 years working in the field before deciding he wanted to establish his own home building business in 2004.

With the company’s continued success, Nieri has chosen to contribute to educational institutions that helped shape him, like Clemson University, and to local charities that will create a positive impact in the community in which he builds, such as Camp Cole and the Building Industry Charitable Foundation.

“I’ve been very fortunate in my business,” states Nieri. “I’m no superstar. I’m a normal person that’s found a passion and figured out how to do it.” 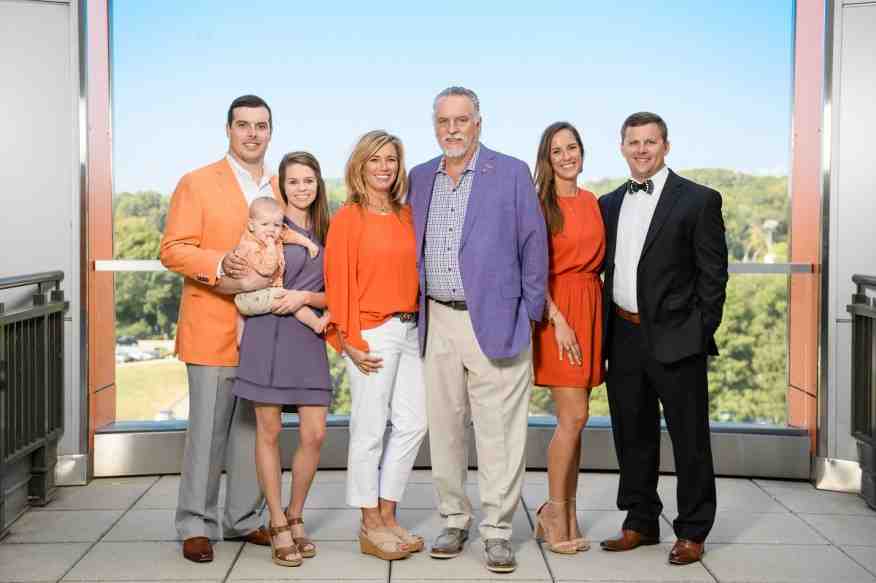 This past year, Nieri and his wife, Robyn, chose to gift $5 million to Clemson University’s Construction Science and Management Department. In turn, Clemson named the department “The Nieri Family Department of Construction Science and Management.” It is the only named department in the College of Architecture, Arts, and Humanities and one of just four named departments at Clemson, according to the company.

“I wanted to further the cause for the Building Science degree in the College of Architecture because it perpetuates our business, and I like to give back to things that have helped me,” explains Nieri. “I’m just happy that whatever little bit of influence I may have is going to help move our program to the top of the college heap nationally.”

In addition to name recognition and elevated academic status at Clemson, Nieri also employs a dozen or so interns each year at Great Southern Homes. Historically, the department has been geared toward commercial construction, but Nieri’s donation holds potential to shift that focus more on residential development and home building going forward.

Previously, Nieri also gifted $2.5 million to the university in 2018. The funds were used to develop The Nieri Family Student Athlete Enrichment Center, a new student-athlete academic and life skills enrichment area in Clemson’s Memorial Stadium. Nieri also gave $25,000 to the School of Architecture for classroom furnishings, making his donation total to the university around $8 million in the past few years.

“Michael, his family, and the employees of Great Southern Homes are to be applauded for not only building good homes but also their commitment to building a better community and helping to educate future home builders by their generous support of Clemson University,” stated Clemson University, in a press release. “We thank the Nieri family for supporting Clemson and the work done at the university to educate future home builders.”

In 2004, a local family, close to Nieri and his community, lost their 11-year-old son named Cole Sawyer to cancer. During Cole’s fight with the disease, he attended special summer camps where he was able to meet other children facing serious illnesses. His memory became the inspiration to establish Camp Cole.

Nieri has been a major contributor and board member since the beginning, pledging $1.5 million to the cause which includes the building of six residential cottages for the campus. The new facility will be built in the Midlands of South Carolina for children and adults facing serious illness and other physical and mental health challenges and will provide a gathering place for mission-driven service organizations.

“Michael has always been a charitable type of person, but 20 years ago, Michael couldn’t have made the contribution that he’s making to Camp Cole today,” says Mike Satterfield, CEO at Great Southern Homes. “As our company has grown and prospered, his willingness to donate and give back to the community has become so powerful.”

The camp recently announced that it has met its $10 million initial fundraising goal, with the total campaign now increased to $14 million to fund construction and first-year operations. Groundbreaking for the campus occurred in late April of this year. When complete, Camp Cole will positively impact the lives of thousands of South Carolina families who are coping with the stresses of serious illness and mental health.

Nieri served as the president of the Building Industry Charitable Foundation, an organization established in 1993 under bequest from the Building Industry Association of Central South Carolina. The foundation dedicates its time to the betterment of the community and provides scholarships to qualified men and women looking to attend universities and technical schools.

During his tenure from 2016 to 2019, he helped direct the foundation’s community service and lead its fundraising efforts, including building and donating three homes for the association’s annual Tour of Homes and finding creative ways to raise money through the annual golf tournament.

The foundation awarded over 150 scholarships valued at more than $200,000 during his tenure to the children of association members and other students who met criteria set for the program. Two new scholarships were also created under Nieri, one for students pursuing a career in construction and one—funded in part by Nieri to memorialize Jon Ryall, who worked for competitor Mungo Homes—for students attending Clemson University.

The foundation also contributes to local nonprofits—such as Camp Cole, the United Way of Sumter, Clarendon, and Lee Counties, and Home Works of South Carolina—and provides flood and hurricane relief as needed, and assists with a wide variety of other services.

“I have known Michael for many years and when he gets in front of his peers, such as in the aftermath of the flood of 2015, he can light up a room with his persuasive fundraising,” says Earl McLeod, executive director at the Building Industry Association of Central South Carolina. “It is hard to say no to him, especially when he gives so generously. I believe through his charitable efforts, he is changing the lives of many South Carolinians for the better.”