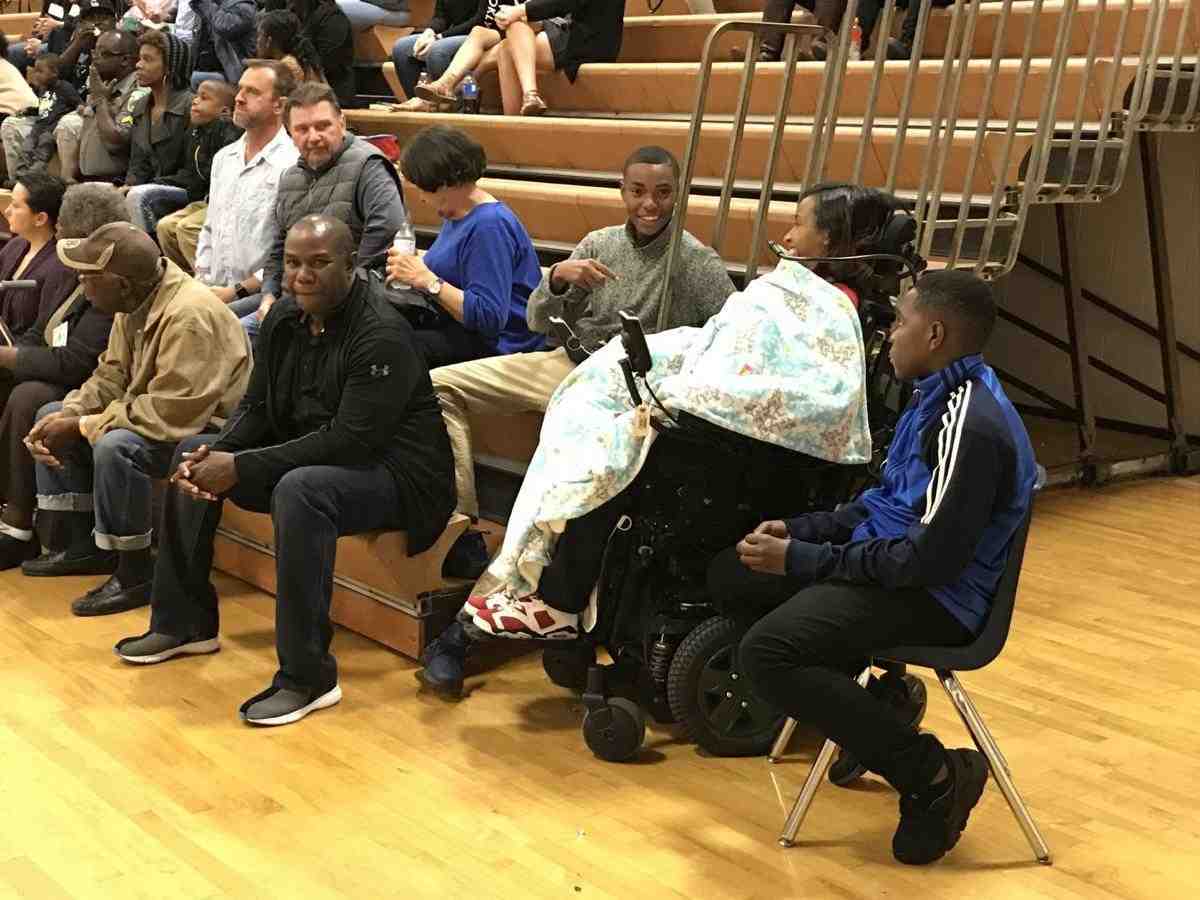 Great Southern Homes is proud to serve as the general sponsor and contractor of Mia’s House, a homebuilding project for Jamia Porcher (nicknamed Mia).

Mia’s story is a powerful testimonial to grit, determination and strong spirit to make the best of a difficult situation brought on by her very difficult injuries.  We have republished her story from the South Strand News below.

In many ways, Jamia Porcher is your typical 20-year-old.

She likes to hang out with her friends and watch her little sister play high school basketball, and she dreams of graduating from Clemson University. But the Georgetown High School graduate and S.C. Air National Guard veteran is far from typical.

Mia, as people call her, is a quadriplegic and must use a wheelchair since a devastating accident on June 7, 2016.

Mia was driving to McEntire Joint National Guard Base in Hopkins on that fateful night last year when she was nearly hit head-on by a truck that had drifted into her lane. Although she avoided the crash, she watched as the truck hit another vehicle.

After stopping to see if she could help, Mia was hit by a passing car.

Michelle Annicchiarico, Mia’s mother, said when she first got the news about the accident, she was just thankful that her daughter was alive, but then the doctors told her that Mia probably wouldn’t survive.

When it became clear that Mia would survive, doctors told Michelle that her daugher would be on a ventilator for the rest of her life.

Mia said when she first woke up after the accident, she was “confused” and it was awhile before she realized how badly she was hurt.

For the first few months, she remained on a ventilator and had to wear a neck brace, but eventually she was able to breath on her own and since the accident, she has regained the ability to move her head. Some feeling and movement have also returned in her shoulders and the tops of her arms.

She lives with her mother and siblings in a rented mobile home in Georgetown. She said the hardest part of life is not having her independence, but her attitude is positive.

“I have a lot of help and a lot of support,” Mia said. “Things aren’t the easiest, but it could be worse.”

Mia and her mother both said the mobile home is not large enough or equipped for someone in a wheelchair. 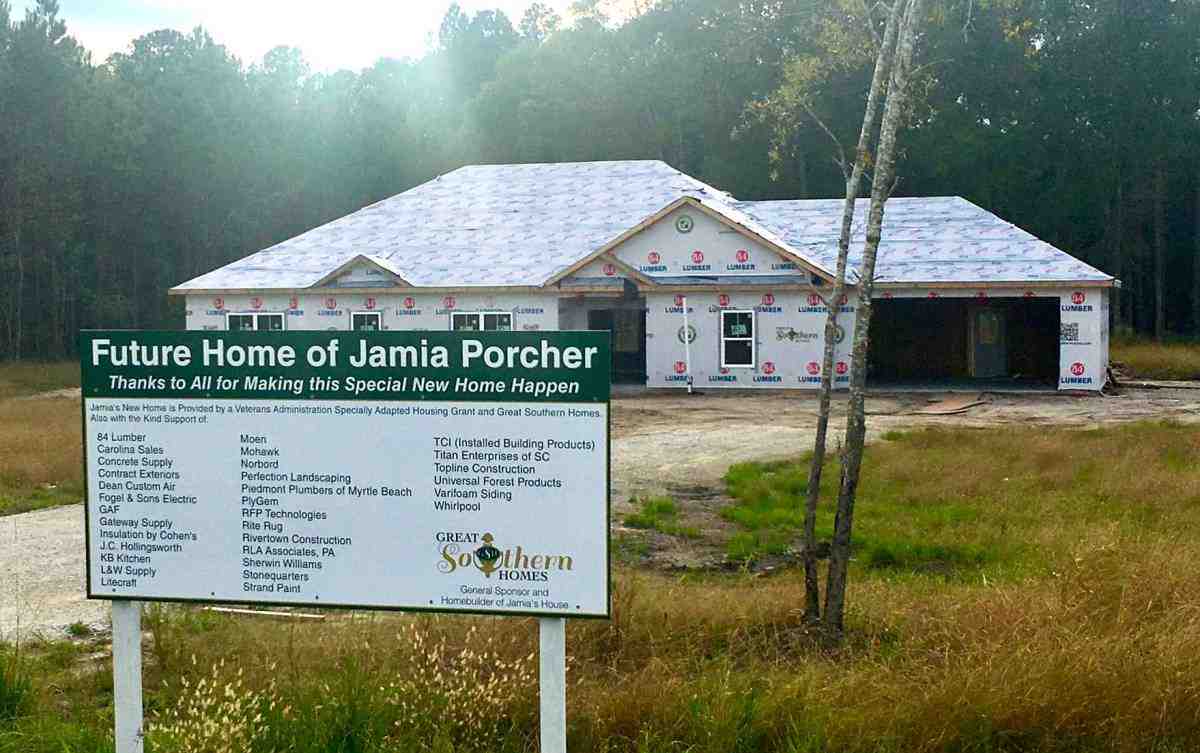 Three days a week, Mia travels to Roper St. Francis Rehabilitation Hospital in Charleston for therapy, including weight-bearing and muscle-memory exercises. Therapists also connect electrodes to her muscles to try and make them stronger. She also has in-home therapy.

“Just trying to get back whatever she can get back consumes our days,” her mother said.

Mia said she doesn’t give a lot of thought to what medical advances or cures there might be in the future. For now, she’s just working to help herself.

When not at therapy or hanging out with friends, Mia loves to watch her sister, Arian Lance, and cousins play basketball. She was a regular fixture at Arian’s Georgetown High basketball games and Georgetown County Parks and Recreation games.

“She’s still active. She still keeps in touch with all of her friends,” Michelle said and adding that her daughter "keeps me going.”

“She can’t do the things she used to do, but she’s still Mia,” Tony said. “I love that. She’s still got that attitude.”

The coach recalled how Mia was an honor roll student, very smart and very “strong-minded.”

“She had a powerful attitude,” he added.

When Mia was a senior and Arian was an eighth-grader, the coach promoted Arian to the varsity squad so the sisters could play together. One day he found the girls playing a one-on-one game in the gym and Mia was “banging” on Arian. He said at first he wondered why Mia was being so tough, but then he realized she was just trying to make her sister better.

Before the accident, Mia had completed one year at Clemson, where she earned a spot on the Dean’s List. She plans to return to school in August to finish her degree in business management.

Her mother said she's confident that Mia will graduate from Clemson.

Mia’s long-term goal is still to own her own business one day. In 10 years, she sees herself “hopefully back to normal and back to my career goals (and) more independent and more back to where I was before the accident.”

Mia’s uncle, Thomas Lance, has organized a #Miastrong Committee of friends and family members to raise money to get Mia and her family into a “smart” home with voice-activated equipment and appliances. Committee members meet frequently to plan fundraisers.

Mia, her mom and Thomas said they've been touched by the outpouring of community support.

“Everybody does this in their free time," Mia said. "It shows they care, and I’m really appreciative of what they’re doing. I’m thankful.”

“It just makes me feel great,” her mother said. “She’s just a great kid. It makes me proud.”

And her uncle adds, “It shows that people still care. Everybody wants to help.” He's also started a gofundme.com account to collect donations. People can also send a check to P.O. Box 6, Georgetown SC 29440.