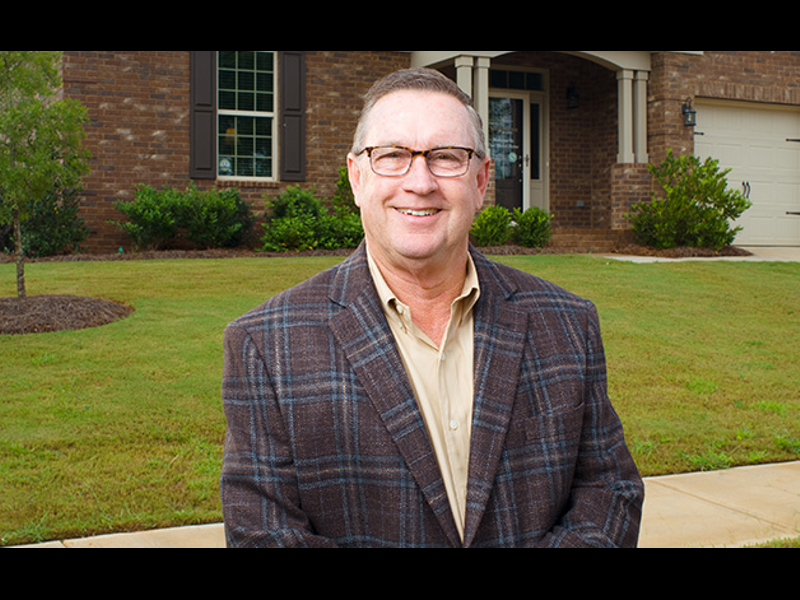 COLUMBIA, SC — When Mike Satterfield accepted the position of CEO for Great Southern Homes in 2013, he brought more than 30 years of home-building experience with him. Since then, he has helped the company grow year after year.

In July, Satterfield was honored by the South Carolina Home Builders Association, which gave him their annual Thomas N. Bagnal Builder Member of the Year award. The award honored not just his success in the home-building industry, but his commitment to community service. That service follows in the footsteps of the award’s namesake who passed away in 2011.

Bagnal was a charter member of the Home Builders Association of Greater Columbia in 1958 and a two-term president. He left behind a reputation as an exemplary businessman who also served his community, including a 12-year stint on the Richland County Planning Commission.

Satterfield hopes that he won this award because there’s a little bit of Bagnal in the way he conducts himself.

Under Satterfield’s leadership, along with Founder Michael Nieri, Great Southern homes has raised money and built residency cottages for the Boys Farm of Newberry, a group that helps boys who are experiencing difficult family situations, and donated to Camp Cole, special gathering place for purpose driven groups.The company also raises money for the Building Industry Charitable Foundation, which helps a variety of organizations and individuals.

“I knew Mr. Bagnal. He was a great guy. If you ask around, you won’t find anybody that says a bad word about him,” says Satterfield, who is also the current president of the Building Industry Association of Central South Carolina. “It was kind of odd when I received this award because 25 years ago I was at a roast in his honor, and I asked my girlfriend, who is now my wife, ‘I wonder what a guy has to do to get to that level?’

“I always wanted to leave a mark, to try to run a business where you do the right thing and you treat people the way you’d like to be treated, and maybe then I’d be in a position to receive an award like that,” Satterfield adds. “So maybe the fact that I wondered if something like that could happen to me put me on a path to being a man like Tom Bagnal.”

It will be a while before we know the scope of Satterfield’s legacy and if it compares to Bagnal’s, but he’s definitely made a mark on Great Southern Homes.

The Columbia company was founded by Nieri in 2004 and specialized in entry-level product for the first time home buyer.. It was a successful model for two decades or so, but the company was still hurting from the 2008 recession when Satterfield came on board, bringing a wealth of hands-on experience with him.

“If you look up ‘on-the-job training’ in Webster’s dictionary, you’re going to see my picture,” he says with a laugh. “I graduated high school but didn’t go to college, and I got into home building at the ripe old age of 19. I spent 10 years building apartments, then 20 years with Centex homes here in the Midlands. For the last eight years I was there, I was the division president over Columbia and Greenville. At that time, we were one of the largest developer-builder companies under one roof.”

After his 20 years at Centex, Satterfield decided to move into semi-retirement, building five or six custom homes a year, but mostly hunting and fishing. But that life of relative leisure didn’t last long.

“I had to work at not working,” he says. “After running a big operation and being driven by that, it didn’t work well for me. I’d find myself in a deer stand at three in the afternoon thinking that was what I’d wanted to do, but then feeling guilty because I felt like I should be working somewhere. I wanted to get back in the game without giving up where I lived.”

That was around 2013, when Nieri came calling.

“One of my suppliers told me that Michael wanted to talk to me,” Satterfield says. “I went and sat down with him, and the direction he wanted to take the company was different from where they’d been. They were at an entry-level home building level, and I come from more of an environment where you build multiple products in multiple price points in multiple market segments. We agreed that that was the path he wanted his company to go with and it was a good fit for me, so we gave it a go.”

Bringing some of his crew from the Centex days, Satterfield revamped Great Southern Homes with a new strategy.

“They were focused on very entry-level homes, and it’s hard to make them attractive,” he says. “So the goal was to create a product that had curb appeal, but to use the technology that’s out there today to provide the efficiency people want. If you can’t get a potential customer out of the car, you’re not going to sell them a house. So we tried to create curb appeal with our product and add the tech that’s important to the buyer.”

Under Satterfield, Great Southern Homes radically expanded their home-building approach, creating everything from duplexes for around $125,000 to single-family homes for $350,000-$400,000 to million-dollar custom-built houses.

The result was a stunning period of growth in a still-recovering market.

“We’ve now got properties in Greenville, Spartanburg, Pickens County, and Anderson County, along with Augusta, Ga. We’ve stretched all over the state, and we’ve averaged 30 percent growth every year.”

But how much of that success came from Satterfield’s strategy, and how much came from the economy’s gradual recovery?

“I think it’s both,” he says. “The market rebounded from the recession, but there were fewer builders, so the opportunity to get more was certainly there. The timing was right."

Satterfield adds, "We have a great group of people because we were able to pick the best of the best. We’ve been very fortunate in this market.”