A Versatile Homebuilder with a Focus on Style, Quality & Affordability

Before Mike joined Great Southern Homes in 2013, he had risen up the ranks of housing giant Centex and was the Division President of the Central South Carolina division before he went into semi-retirement in 2005, “Not knowing the world was coming to an end.” He continued, “In my Centex days we were typically number one or two in our markets. My goal was to see if I could manage a privately-held company and get it back to the same dominant position in the markets that Centex held. He and Michael called their effort the “putting the band back together” campaign. Mike added, “We have been able to assemble a really special group of people, and that’s been a key part of our growth.” 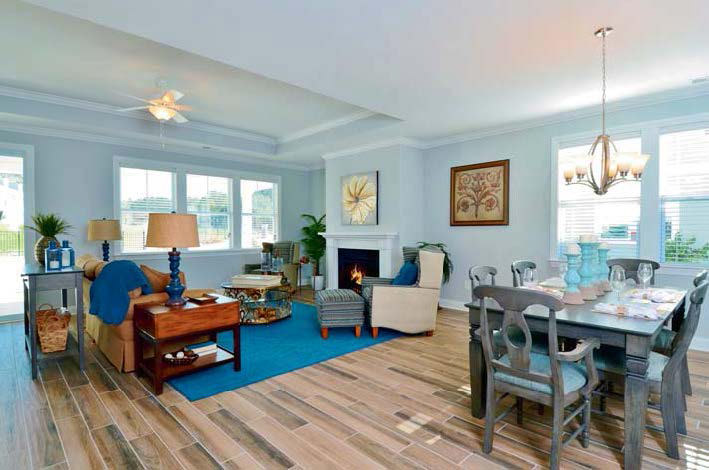 In 2013, the company sold 180 houses in the Midlands of SC. Since then, Great Southern Homes achieved a 38% to 40% growth year-over-year. In 2017, they sold 838 houses and project to have 1200 + sales in 2018. Their markets include the Midlands, the Upstate, Florence, Aiken, coastal South Carolina [Charleston & Myrtle Beach] and Augusta, GA. Mike recalled, “In 2013 we weren’t on anybody’s radar.” Three years later the company was ranked the 62nd largest homebuilder by Builder Magazine and the 3rd fastest-growing, privately-held builder in the country. A large part of the company’s success has been driven by attracting quality people, choosing the best markets for growth and product diversification.

A key member of the team is Keith Harris, Coastal Division Manager. Keith said, “In 2016 we expanded to the coast. In Myrtle Beach our first venture was a 7-lot infill project in Murrells Inlet called Sterling Pointe.” The initial reaction was favorable as their Preston model won the New Home Parade Design Award for homes in the $240K to $270K price range. Two other experienced builders have joined Keith as Project Managers in the Coastal Division.

Jack Webb is the project manager for Champions Village, Ocean Lakes, and an oversight manager for a townhouse development in Charleston. Jack was a self-employed custom homebuilder for 17 years and has worked with other production builders in Myrtle Beach. He said, “I wouldn’t go back into business for myself. I would rather work for Great Southern; they treat everyone with total respect – employees and customers. They build energy-efficient homes and stand behind their products. Michael Nieri is willing to take chances and do things differently.” 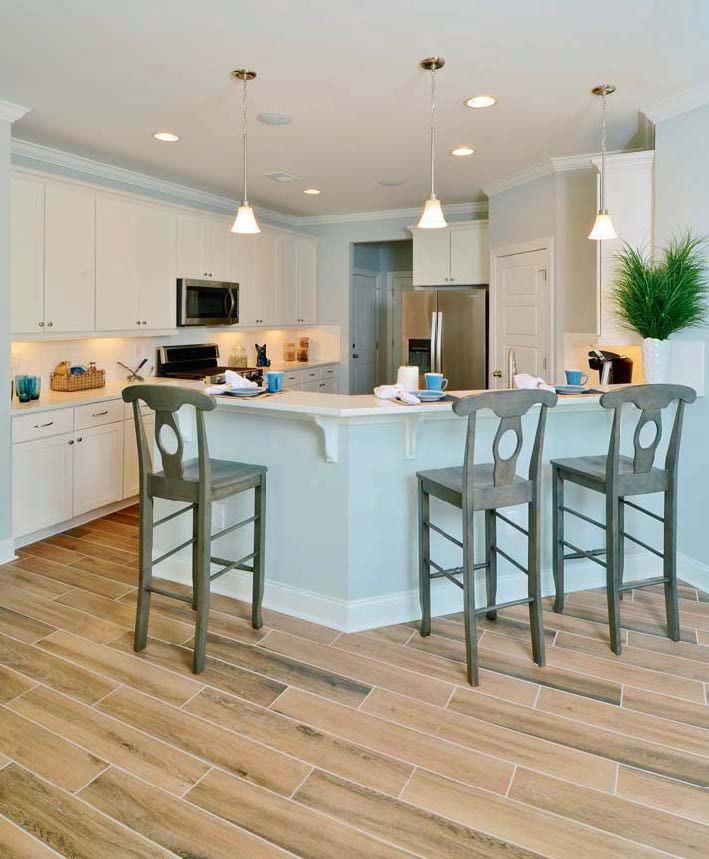 Harry Dill is the Project Manager for Litchfield Breezes, Pawleys Sunset, Waterway Palms, and Wild Wing Plantation. He said, “I’ve been a builder here on the beach since 1989.” Some readers may remember Harry Dill from the Extreme Makeovers he managed in Horry Country. He has been active with HGHBA for years, including serving as past president at state and local levels. Harry said, “I can attribute a lot of my success to the HBA. We have to support our industry in order for our industry to support us.”

Keith Harris provided a synopsis of current projects in the Grand Strand. The 2018 Parade of Homes will include Great Southern Homes in Champions Village and Pawleys Sunset. Keith noted, “There’s value in what we do with features not typical of other volume builders. We have a Green Smart home package with a two-year energy guarantee, beefed up insulation, and standard home automation with the Honeywell Lyric system.”

This 71-lot community is within the Prince Creek Community of Murrells Inlet. Situated along the finishing holes of the TPC course, there are interior and golf course lots and a private pool and amenity center. Homes start at 1,600 square feet; priced from $280’s. Champions Village received the Best in Residential Category from the Grant Center for Real Estate in the Economics Department at Coastal Carolina University.

Located off the South Causeway on Pawleys Island, Great Southern Homes offers elevated traditional beach houses that are golf cart accessible to the beach. The raised beach houses are approximately 1,800 square feet, 4 BR / 4 BA, priced from the low $300’s. Currently there are 14 lots with 4 houses under construction.

This popular Carolina Forest community, with its superb amenity center, was an attractive draw for Great Southern. They purchased seven lots where they can work their infill magic. Keith said, “All of our houses have a master on the main level.” Square footage will run from 2,500 and prices start in the upper $370’s.

This project reflects the owner’s nimble thinking. Great Southern Homes initially built three homes and have two more under construction. One is sold and two homes are for sale and are completely furnished and equipped for rental for $3,200 a week through Ocean Lakes Property Management. Jack said, “This wouldn’t be on other builders’ radar, because the land is leased, but it appeals to investors for the vacation rental potential.”

In the heart of Litchfield Beach, the company acquired home-sites in the marsh front community of Litchfield Breezes. Featuring custom homes overlooking the marsh, the raised traditional homes range from 2,200 to 3,000 + square feet and the low $400’s in price. Keith said, “Our goals in 2018 are lot acquisition and developing our own positions. We understand that Realtors are an integral part of our business, and we appreciate what they do, and we try to make their job easy. You have to have a good partnership with all the people you work with and take care of the homeowners.”

Two families that are very satisfied with Great Southern Homes are Suzanne and Julio Ortiz and Janis and Dan Blasiak. Both couples built in Champions Village. 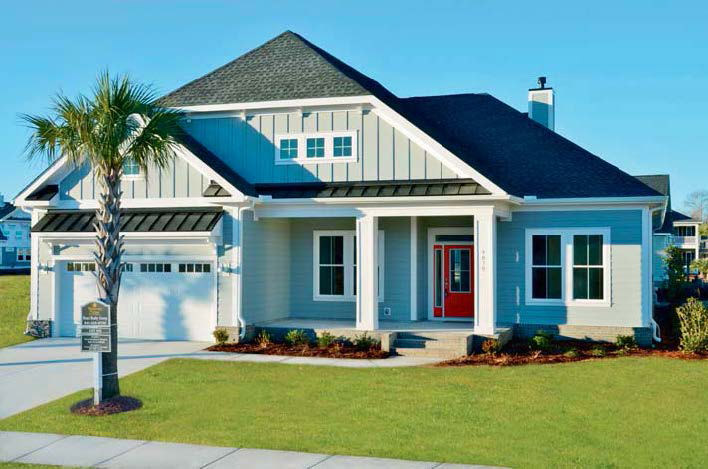 Suzanne Ortiz said, “We decided on Champions Village in August 2016. We liked the location, and we loved the lot. We loved that it was a small community.” Julio added, “Grant (the Realtor) was phenomenal; he was with us every step of the way. Jack (Webb) the builder was incredibly patient with us. We had lots of questions and he kept answering. They went out of their way to make us part of the process.” Suzanne concurred, “I’ll be real honest with you, Jack was actually more observant than we were during the walk-through before the closing.” They started with a standard layout and Great Southern accommodated the floor plan changes they wanted. Julio said, “We were pretty picky about what we wanted. Trim out detail was really important to me.” He likes the double crown molding throughout, and the smart home package so they can control the house remotely. They are both delighted with the fully-finished garage. Suzanne summed up, “I just had a wonderful experience from beginning to end. I felt they wanted my business and they wanted to make me happy.”

Janis and Dan Blasiak moved from Oahu, so it was no surprise they felt there was tremendous value for a home in Champions Village. Dan said, “I wanted a house with certain features. We didn’t want vinyl siding, we wanted the ability to customize and not have a cookie-cutter house.” The Blasiaks opted for several upgrades but did not make any structural changes. “We were happy with the layout; it shows very well,” Dan said.

Like the Ortiz family, they were attracted to the size of Champions Village. Dan added, “We like the energy efficiency of the home. They went above and beyond to make sure this house was sealed tight. They actually brought in a third-party tester to make sure there weren’t any leaks in the house, and that it met certain criteria. I also like that it is an all gas home.” For Janis’s part, she is very content with her Great Southern Home and the way it came together. She laughed, “The next home is a pine box.” 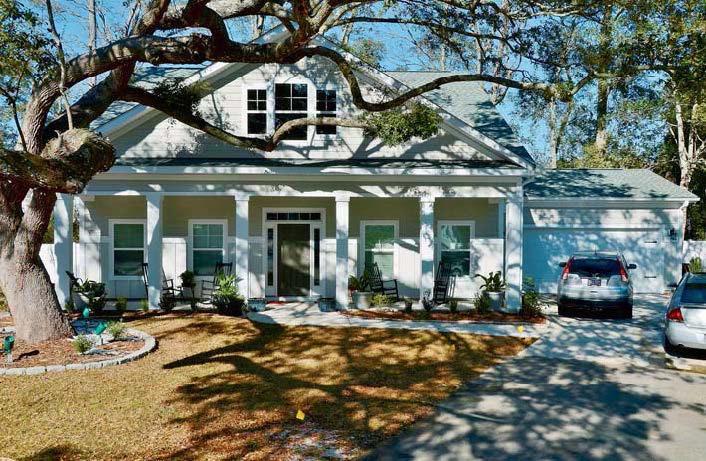 Since 2013, Great Southern Homes success has been most impressive. The company currently builds everything from single-family homes, town homes, custom homes and recently student housing communities. Corporately, they believe in giving back to the community. Michael and Mike hold positions with the Building Industry Association of Central SC (BIA) and strive to maintain healthy relations with competitors to address industry concerns. In 2017, they were both recognized with prestigious BIA awards for their contributions.

Great Southern Homes is a proud supporter of The Boys Farm in Newberry, SC. Two years ago, the company built two 5,000 square foot residency cottages on the Farm. This past year, the company broke ground on the “Nieri Cottage” project; a modern, energy-efficient structure with 6,700 square feet, 9 bedrooms and 9 bathrooms. The Boys Farm has signicantly modernized and expanded its capacity to house young men who have experienced difficult family situations. These young men benefit from living together on a working farm and developing social and success skills in the farm setting.